When I went for day surgery to fix an embarrassing women’s health problem, little did I know I would become embroiled in what some have called the biggest medical disaster since thalidomide. I was suffering from mild bladder weakness after childbirth, and agreed to a 20-minute surgery to receive a pelvic mesh implant: a net-like implant used to treat incontinence and prolapse. Latest figures suggest more than a third of women suffer from such conditions after pregnancy and childbirth. I was one of more than 127,000 women in England in a 12-year period to be given a mesh sling to treat incontinence, after a cursory consent process in which – I was told – risks were minimal. Sadly, they were not.

A survey of 570 women with a mesh implant found that eight in 10 have leg or groin pain, so severe that it affects their daily life. More than half suffer persistent urine infections that are becoming resistant to antibiotics, and seven in 10 have lost their sex lives. A shocking 2% have a colostomy bag where the mesh sliced into their bowel and had to be removed. A third struggle to urinate and have to self-catheterise, and almost a third were diagnosed with fibromyalgia. 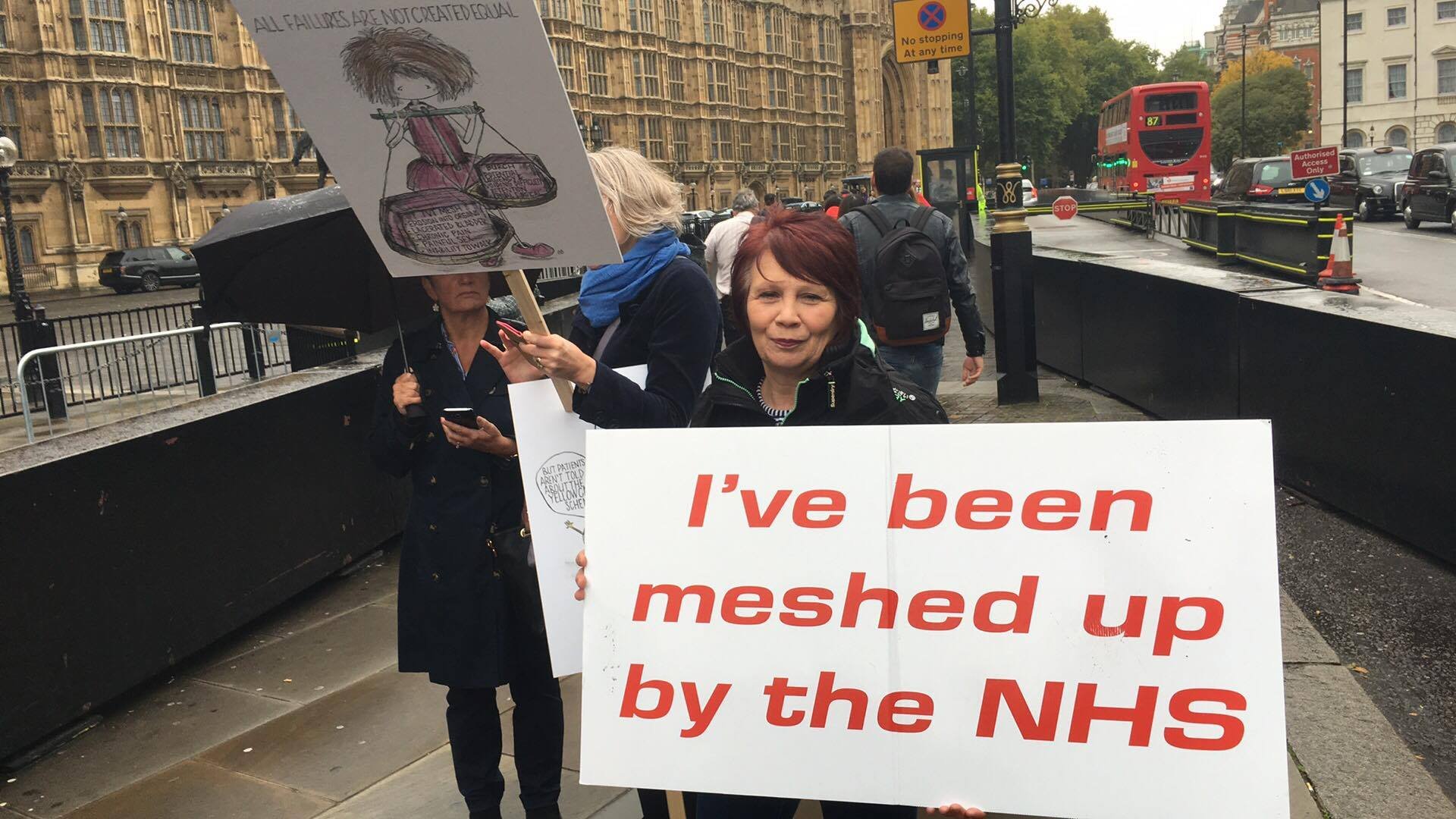 Three years after my surgery, I founded a patient support group called Sling The Mesh. It now has more than 6,600 members, and the patient voice is proving to be a powerful force. The group prompted the setting up of a cross-party committee in the UK Parliament in 2017, while a government audit is beginning to unravel a web of failure at every level. In July 2018, just days after the launch of an official safety review, the use of surgical mesh to treat stress urinary incontinence was suspended in England. Baroness Julia Cumberlege, the senior peer leading the review, said: “I have been appalled at the seriousness and scale of the tragic stories we have heard from women and their families.” About Sling The Mesh

The Sling The Mesh support group was launched with 20 women in 2015. Its Facebook group has now more than 6,600 members. In a 28-day period in July 2018, it collected more than 61,000 posts. Its off-shoot group Sling The Mesh Natural Solutions provides advice on how to treat incontinence and prolapse naturally without resorting to surgery, while the Mesh Buddies group helps women across the UK meet up locally for support. The campaign website features mesh news stories and links to debates and questions in Parliament, while the Twitter account is where latest developments are posted.

The Sling The Mesh campaign is just one to shine a spotlight on the failings of the UK’s Medicines and Healthcare products Regulatory Agency (MHRA), amid a grim reality that worldwide, patients are being failed, in ‘me too’ approval systems. This means a medical device can be approved with no clinical trials, providing it is equivalent to something already on the market. Compare this to medicines, which must go through three strict phases of clinical trials, and take an average 10 years to get to the market.

The surgical mesh was rushed to market with low-quality clinical trials, no long-term safety evidence and, for 20 years, no national databases or audits to track women’s progress globally. The first mesh sling for incontinence was approved in 1996 after a few animal trials, but by 1998 it was removed from the market. In that two-year time frame, however, other slings were approved via the equivalence route, and in 2002 prolapse mesh was added. Fast forward to 2018 and these women, the human guinea pigs, have joined en masse on social media to speak of the shambolic regulation.

“Women are being left to pick up the pieces of their lives after substandard products were put into their bodies without adequate testing, and by surgeons many of whom now wish to wash their hands of their mess,” commented Jackie Harvey of Sling The Mesh Northern Ireland. Australian campaigner Stella Channing, who said pain was so bad she begged her pain specialist to sever her spine, said: “There is no watch dog, there is no one that they are accountable to. The mesh-injured women of today are the long-term studies.”

Swedish campaigner Mia Engstrom said surgeons tell women: “It’s only a problem in other countries,” and added that it is the same mesh, the same women, the same problems everywhere. The fight is global, with women sharing knowledge, research and support behind the scenes to decry not only their suffering, but also a system which will continue to fail patients unless it is improved. But to provide future protection, regulation and scrutiny must be tightened up, otherwise the mesh scandal will repeat itself with the next new ‘gold standard’ device.

Firstly, the American model of the Sunshine Payment Act, where medical doctors must legally declare industry funding, would be a good start. That way we can see if authors of scientific trials have conflicts of interest. Secondly, all countries should introduce an equivalent to the US FDA’s MAUDE (Manufacturer and User Facility Device Experience) database, where the public can browse through reports of suspected medical device malfunctions. Thirdly, there need to be trials with robust follow up, running for at least five years before devices are launched. We are sick of hearing this will stifle innovation. We understand new products need to be tested on humans, but the tests must be strict, well regulated, with outcome logging that uses better quality-of-life questionnaires to capture whether patients have been harmed. Finally, all countries need to set up national registers for every new medical device, funded by those who will profit from selling the product. That way problems will be picked up instantly instead of patients being harmed, then having to take up arms to fight. I am told this will probably add £20 per patient to each new product. A low price to pay for patient safety. 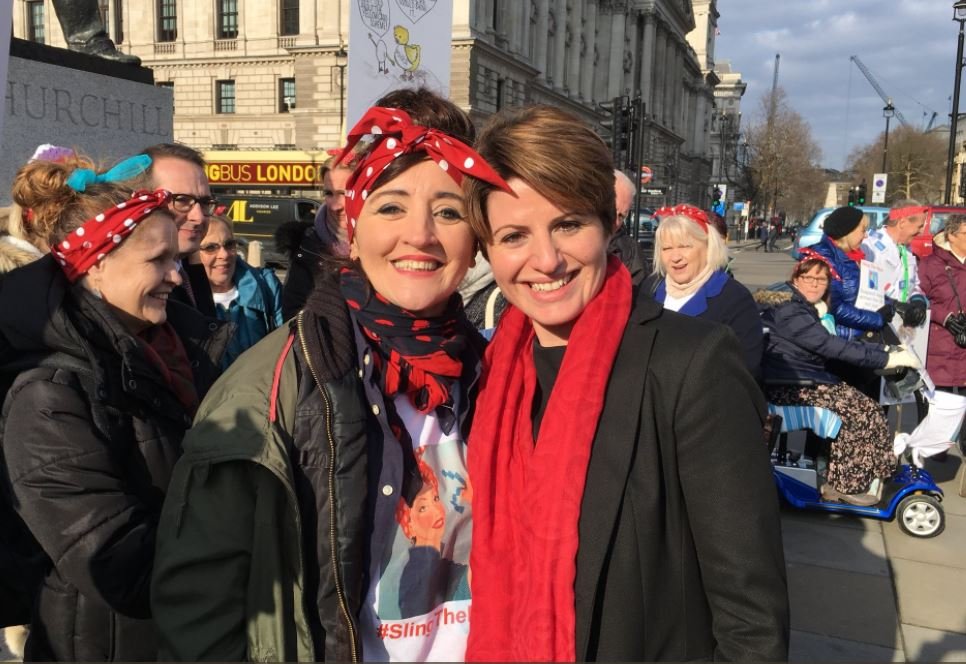 Regulation and scrutiny must be tightened up, otherwise the mesh scandal will repeat itself with the next new ‘gold standard’ device.

We are entering a new era where the patient voice is a force to be reckoned with. We are telling our stories on public platforms instead of being hidden in clinical trial paperwork that does not capture the onset, severity or long-term nature of complications. Importantly, that voice gives us the power to engage with politicians who can amplify our concerns.

“The onus should never have been on women to campaign relentlessly to shine light on this scandal,” said Elaine Holmes of Scottish Mesh Survivors. Their voice brought the mesh issue to the Scottish Parliament, and use of the transvaginal mesh was suspended in Scotland in 2014.

“We developed a comprehensive patient information leaflet for vaginal mesh tape in the treatment of stress urinary incontinence in women, which has been adopted throughout the UK and New Zealand,” Ms Homes said. “We continue to raise awareness and work with others. Together we have made a difference.”

Be sure to read the companion piece to this article, looking at the issue from the regulatory perspective:

We publish and distribute a variety of well researched, informational posters for conferences and communications.

Journey into the jungle with the Drug Safety Matters podcast to explore the wild and fascinating world of working safely with herbal medicines.