There was no chance the new head of the European Union’s medicines regulator could simply ease into the job. But Emer Cooke, despite dealing with Brexit and a pandemic from day one, keeps a clear view of the challenges and opportunities ahead.

If it’s a curse to live in interesting times, then it must be a specific form of that curse to take charge of a medicines regulator during a pandemic. Indeed Emer Cooke, who became Executive Director of the European Medicines Agency (EMA) in November 2020, is quick to explain that times were already rather interesting for the EMA before COVID-19 struck.

“I think it is a very challenging time, and I would say it’s even more challenging for EMA than it has been for other organisations, because we have had the combination of Brexit and the move to Amsterdam,” says Cooke, the EMA’s fourth Executive Director.

The EMA was created by the European Union in 1995 to “protect public and animal health by assessing medicines to rigorous scientific standards and by providing partners and stakeholders with independent, science-based information on medicines”. From the start, it was based in London, but with Britain’s withdrawal from the EU, the organisation faced the daunting task of relocating a staff of almost 900 to the continent. At first that meant temporary accommodation until permanent headquarters could be established in early 2020.

“And then, almost exactly as we moved into our final building, we went into lockdown and have had a very limited presence on the premises since,” Cooke says.

Nevertheless, Cooke seems unfazed by the list of challenges, and is quick to point out that she’s been impressed by the resilience of the staff she inherited as they deal with intense scrutiny, high public visibility, and tight timelines.

“I think it’s a testament to the regulatory system and the need for such a system. Even though there’s a huge amount of work involved, I think the knowledge that you’re making a difference is something that people find very motivating.”

For Cooke, an Irish national, her new role is the culmination of a 30-year career in international pharmaceutical affairs, which includes an earlier, 14-year stint at the EMA and several years in the pharmaceuticals unit of the European Commission. Most recently, she served at the World Health Organization (WHO) as director responsible for all medical product-related regulatory activities, based in Geneva, Switzerland. The global remit of Cooke’s WHO role helps inform her approach to the European regulator.

“I think my experience at WHO brings a lot of additional elements to my work here,” she says, pointing especially to her work with regulators and other bodies in low- and middle-income countries. “I would say I’m far more conscious of the need to have an integrated approach so that we don’t work in isolation, but as part of the broader public health system, and that our role is about enabling access”.

"My experience at WHO brings a lot of additional elements to my work here." Photo: EMA

In the initial stages of the pandemic, the focus was on some new and repurposed treatments for COVID-19 patients. But now, much sooner than most people expected, all eyes are on the group of new vaccines coming online for an historically massive public vaccination programme. To a great extent, the success of this programme will hinge on public health authorities at all levels building and maintaining high levels of public trust. For Cooke, that means ensuring international collaboration, consistent approaches, and timely evaluation and communication of safety issues.

“Part of this as well is about listening to the public,” she says. “There is very little understanding of either the regulatory process or the pharmacovigilance process, so we have an extra responsibility for communication to ensure that we engender trust in our processes.”

For its part, the EMA has already held public meetings, with several thousand participants, to address concerns and help plug the knowledge gap and they are working to use social media and their online presence in ways that go beyond their traditional means of interaction. But Cooke acknowledges that mainstream public outreach is not something a body like EMA can effectively achieve on its own – understanding and meeting the needs of patients across the European Union will require close coordination with the EU member states and the European Commission. 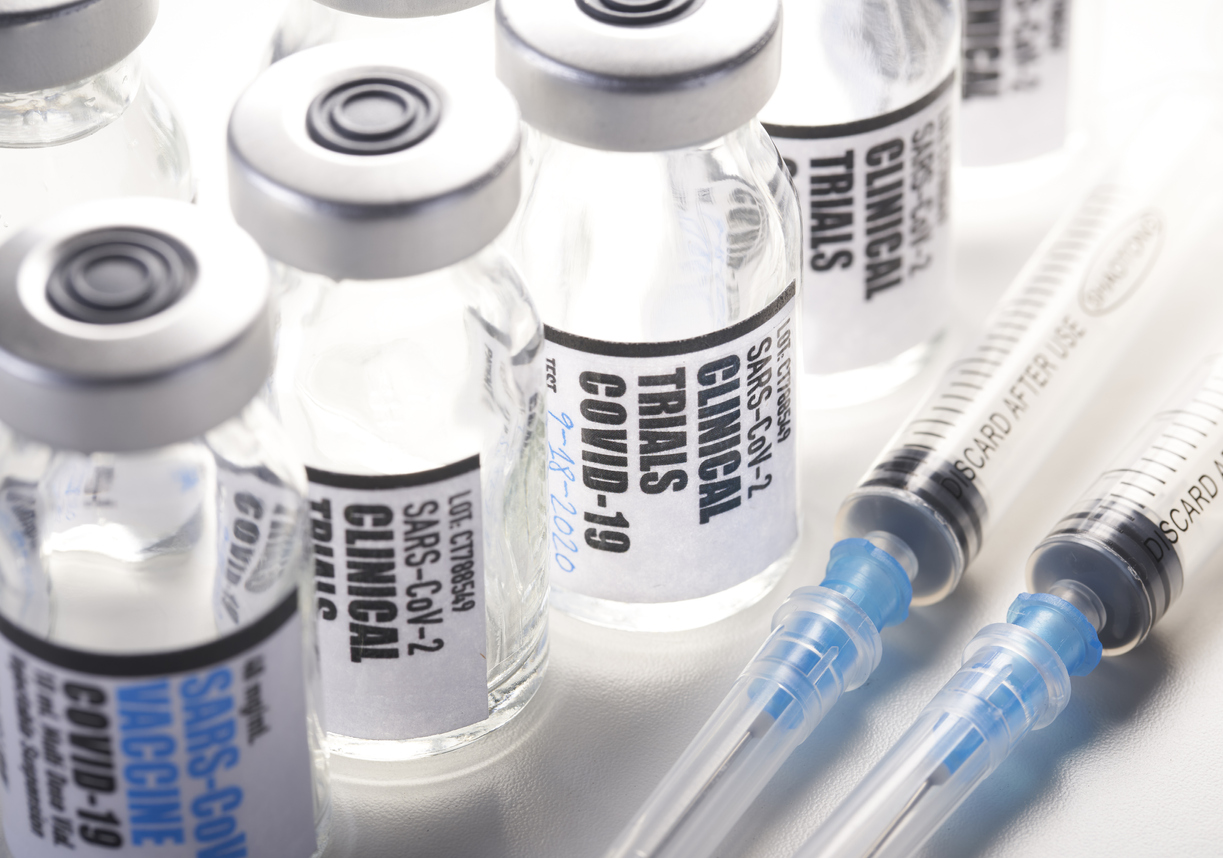 "It’s almost unimaginable that less than one year after the virus is characterised, we now have over 200 vaccines under development"

Although positive news has been in short supply over the past year, the unprecedented surge in vaccine development surely deserves celebration.

“It’s almost unimaginable that less than one year after the virus is characterised, we now have over 200 vaccines under development,” Cooke says. “How many of those make it to the market is still not clear, but it is clear that we will have a lot more vaccines than we would normally expect.”

In Cooke’s view, it’s not a stretch to expect that the concentrated vaccine science forced by the COVID-19 pandemic could wind up delivering benefits in the fight against other diseases. In particular, the emergence of messenger RNA (mRNA) technologies, and the boom in mRNA manufacturing capacity have the potential to be game changers on other fronts.

“It’s difficult to say at the moment because we’re not there yet, and we’re still looking at it with the lens of the pandemic,” she says. “But there will be things that we can learn from how the world has worked during the epidemic that are of potential value in a large number of other areas.”

“We have more than 30,000 subjects in the trials for each of those vaccines... a far greater population base than we would normally expect for any vaccine"

In the meantime, however, the way the current global health crisis plays out could determine how increasingly sceptical populations view the importance of vaccines in general. As the devastating harms of diseases like polio and measles fade from public memory in many countries, vaccine hesitancy is on the rise. A successful vaccine-led assault on COVID-19 could do a lot to restore public confidence. Conversely, any serious problems arising in the coming months could seriously damage that confidence.

Currently, the EMA has recommended two COVID-19 vaccines for use in the EU – Comirnaty and Moderna. To those who are concerned that these products have been rushed to market without proper safety checks, Cooke’s message is clear.

“We have more than 30,000 subjects in the trials for each of those vaccines,” she says. “That’s a far greater population base than we would normally expect for any vaccine. So, yes, it has been possible to accelerate the process, but it’s been possible because the data have been there.”

But the science does not stop with regulatory approval. As approved vaccines are administered to patients on unprecedented scale, so too the role of the pharmacovigilance community becomes critical. Efficient, consistent reporting and analysis of suspected adverse events following immunisation (AEFI) will be vital in protecting public safety. Likewise, responsive, clear communication about AEFIs will be necessary for safeguarding public confidence.

In this context too, Cooke’s experience serves her well. In particular, over the past four years, Cooke held a WHO-appointed seat on the UMC board, where she was struck by the broad range of stakeholders involved, including representatives from academia, regulators, industry, and international bodies. 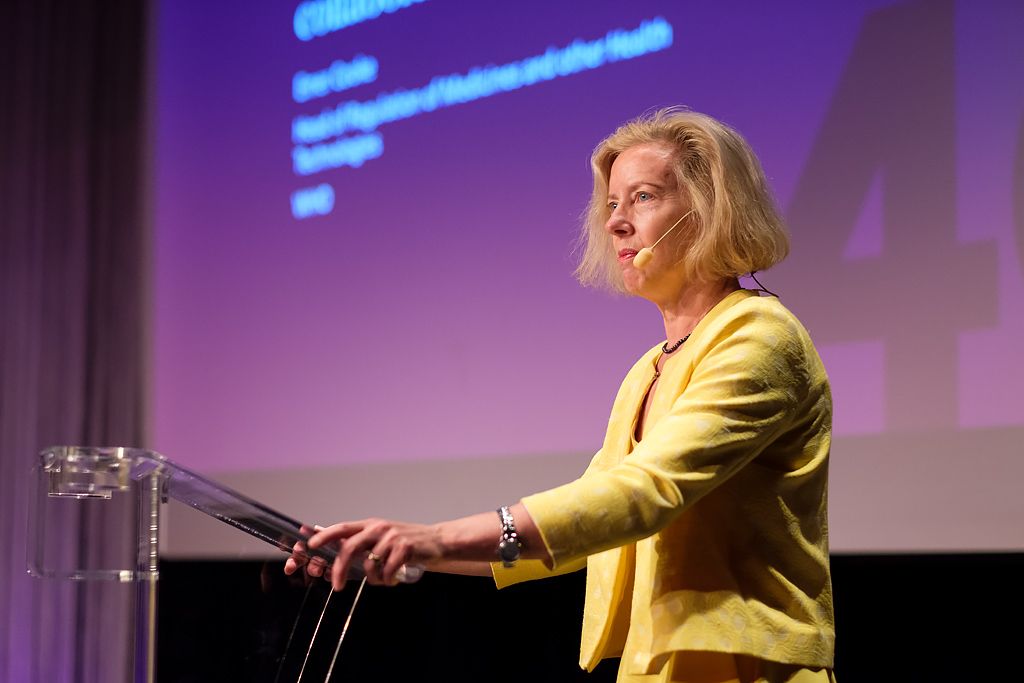 Emer Cooke speaking at UMC's 40th anniversary event. Cooke served as a WHO representative to the UMC board for the four year preceding her appointment to the EMA.

“Though the work of UMC is focused on pharmacovigilance, the UMC board is looking at it in a wider context,” she says.

Unfortunately, however, Cooke believes that across the wider medical community, there is not sufficient awareness of either medicines regulation or pharmacovigilance.

“Again, this could be something that this pandemic might change,” she says.

In her view, a tendency exists in the medical profession to focus more on efficacy than safety, except in cases where adverse effects are especially severe and unexpected. This means a lot of information is missed about how medicines perform outside clinical trials. But with digitalisation and greater levels of connection to the healthcare systems, Cooke believes there’s great potential to get a clearer picture about how products are working in practice.

Post-marketing surveillance will always be necessary to fill the knowledge gaps left by structured clinical trials. Cooke notes, for example, that in the case of the COVID-19 vaccines, there is already a lot of data for the 18-to-65 age group, but that there remains a “need for additional research and vigilance for other populations – for adolescents, for pregnant women, lactating women, for the elderly and the super elderly”.

Such problems pre-dated COVID-19, but Cooke believes these may be areas where the pandemic can help focus much needed attention and action.

Although other public health challenges have been largely overshadowed by COVID-19 this past year, those challenges have not gone away. Several loom large on Cooke’s radar. 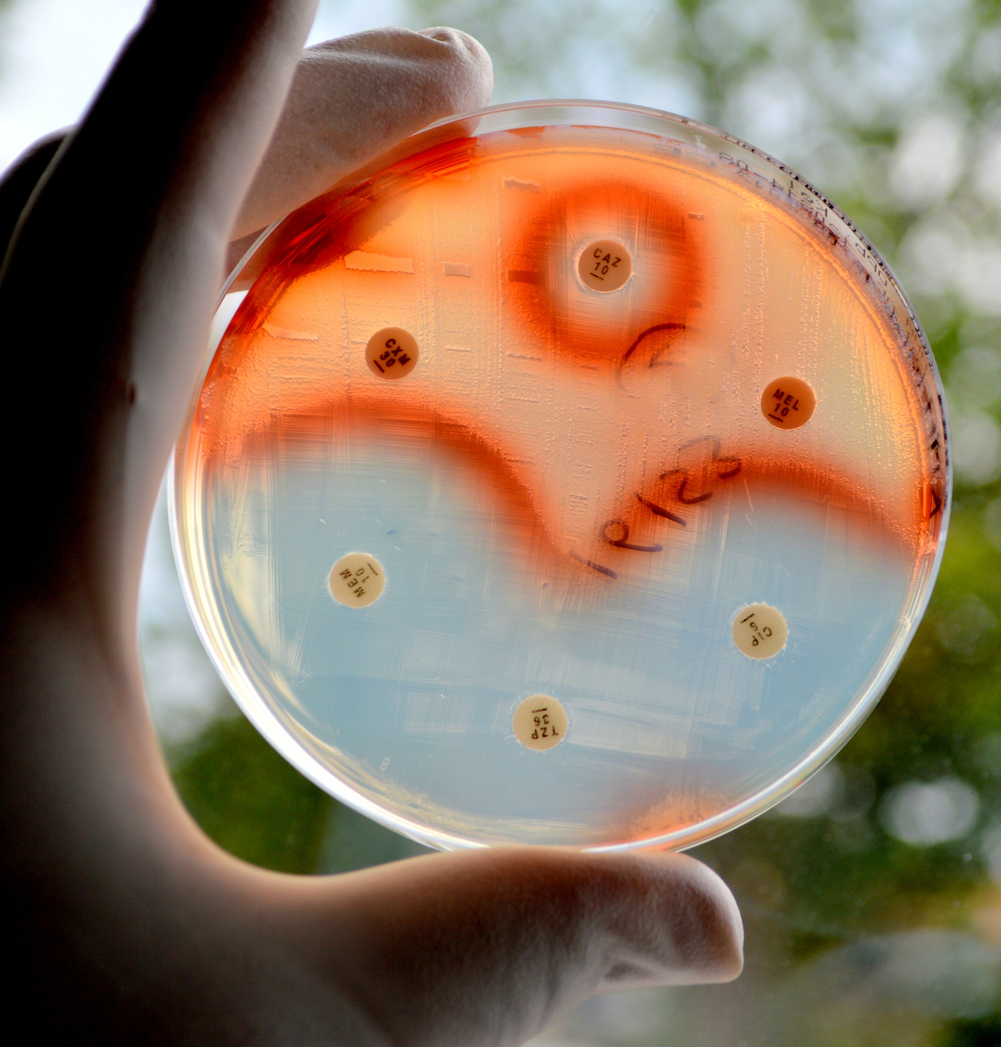 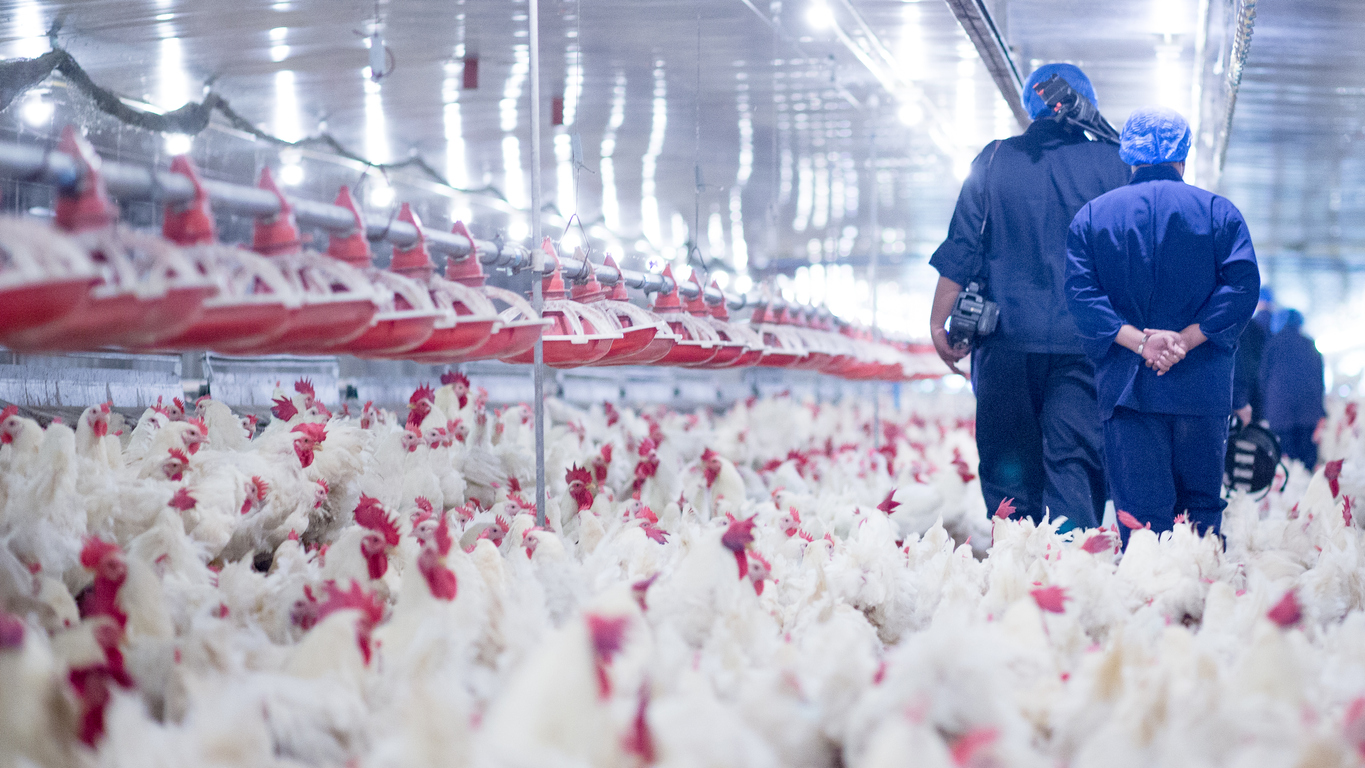 Zoonotic diseases and the surveillance of animal medicines should not be seen as separate from human health concerns. Photo: iStock

“We have to think about the balance between complexity and utility"

One is the danger of shortages and the challenge of ensuring equitable access to medicines for all patients who need them regardless of where they live. Zoonotic diseases and the related surveillance of animal medicines is another priority area – one which Cooke believes should not be seen as separate from human health concerns. Yet another issue, demanding perhaps the most attention, is that of antimicrobial resistance, which is no longer a problem on the horizon, but one whose effects are already being felt, and which raises profound challenges not just to medical science, but also to food production practices and the financial incentives of the pharmaceutical industry. And as an overarching issue, Cooke believes there’s an urgent need for more effective use of digitalisation, including artificial intelligence and data science.

“The reality is most of the people working in the medicines regulatory area tend to be classical scientists. We also need to bring information technology scientists to the public health environment, so that they are not just working on information technology,” she says. Bringing people together across disciplines and specialities will be critical, Cooke believes, in tackling the big problems. It’s a massive task, but her view is pragmatic.

“There is another message that I usually try and give,” she says. “We need to think simply. There is always a danger that we take all the challenges and create a very complicated system that nobody will ever use.”