Causality is a tricky business in pharmacovigilance. While clinical studies for drug efficacy can rely on large numbers and controlled studies, a suspected adverse effect might have only one or very few reported instances. How, then, are we supposed to draw conclusions about causal relationships?

In a recently published article, “Causal insights from failure. Post-marketing risk assessment of drugs as a way to uncover causal mechanisms”, we (Elena Rocca and Rani Lill Anjum) and Stephen Mumford argue that pharmacovigilance is actually in a favourable position to push our causal knowledge about drugs way beyond what we can find through large-scale efficacy studies. How is this even possible? 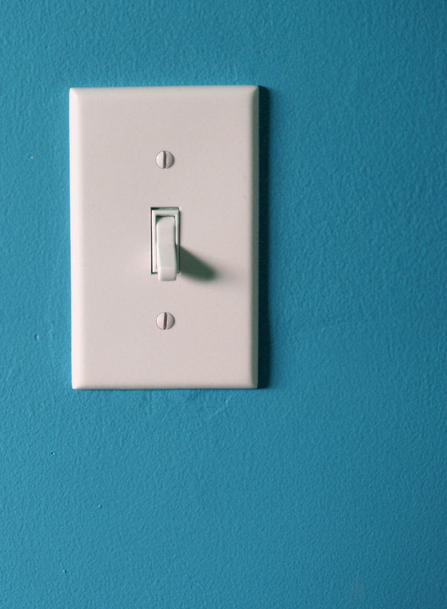 Imagine, for instance, that a person who is unfamiliar with electric power turns on and off the light switch enough times to establish that the switch causes the lamp to illuminate. At each repetition, the person will be more confident about the causal relationship between flicking the switch and the state of the light. But after such knowledge is established, there is not much more to learn from handling the light switch. Imagine, now, that causality fails once: flicking the switch is not followed by the light bulb illuminating. Or, the bulb illuminating is accompanied by an annoying and loud buzzing noise. What could the person learn from such failure? Potentially quite a lot.

They might enquire and realise that the wiring is damaged, the socket is unplugged, there’s a short circuit, or even that the light bulb itself is broken, burned out, or not properly inserted. Any of these discoveries would add to their knowledge about how the switch and the lamp illuminating are causally connected.

By investigating the wider context of the light switch and the lamp, we gain deeper knowledge about the whole causal picture, or causal mechanism. We have learned that, although the light switch causes the lamp to illuminate, it can only do so in mutual interaction with all the other causal factors: the lightbulb, the wiring, the socket, the fuse, and so on. We call all these parts of the mechanism “mutual manifestation partners” for the effect: they each contribute with dispositional properties that can produce the illuminating of the lamp in mutual interaction.

It is the business of pharmacovigilance, on the other hand, to evidence causal failure: when the effects of the drugs are unexpected

Now think of a situation where we don’t yet know how the cause produces the effect. Then, it’s essential to not only focus on the successful cases, but to learn all we can from cases where causality breaks down. Transposing this analogy to medicine, it is often necessary to perform large-scale controlled studies if we want to establish confidence that a drug causes a certain effect. Still, that a drug has been repeatedly shown to cause the predicted effect cannot be the full causal story about what the drug can do. For this, we need to know what other dispositions the drug has that are still undetected.

It is the business of pharmacovigilance, on the other hand, to evidence causal failure: when the effects of the drugs are unexpected. This can teach us something about “good” or “bad” manifestation partners for the drug. While some causal interactions are safe, others can be harmful. But, although this is the main interest of the regulatory part of pharmacovigilance, this is not its entirety.

Potentially, such evidence can also lead to a deeper causal understanding of the way a drug and an organism interact. But how should that happen? In the UMC collaboration, CauseHealth Risk and Safety, pharmacovigilance is seen as having a huge scientific potential for advancing the causal understanding of medicines. If given the necessary resources, pharmacovigilance can offer a type of causal knowledge that is at least as valuable as knowing how common an effect is, namely causal mechanisms. Mechanisms do not reveal themselves in large numbers, although large numbers might give support to a certain drug mechanism.

If we aim to prevent harmful effects from medicines, it is not enough to know the “number needed to harm”, which might be 1 in 100,000 or less. This is why pharmacovigilance must also aim to understand why the drug did not work in the way that it was meant to work for some individuals. This is done by systematically investigating a wide range of causal failure cases in detail. 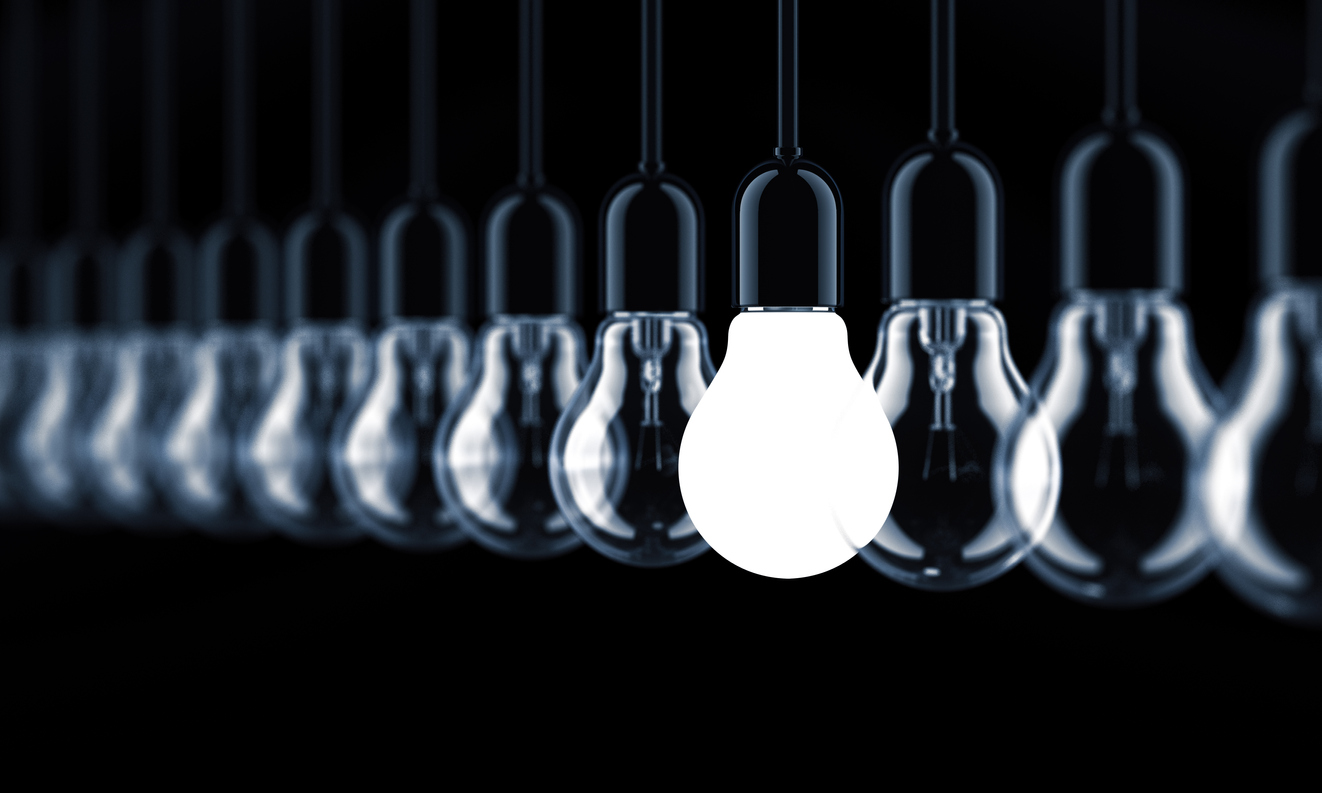 If we aim to prevent harm, it is not enough to know the “number needed to harm” – pharmacovigilance must also aim to understand why the drug did not work in the way that it was meant to work for some individuals. Photo: iStock

The contextual variations that give rise to different adverse drug reactions are themselves causally interesting, even if they are so rare that they have only been reported once or are yet to be reported. The adverse reaction might be linked to genetic or other biomedical factors, or to dietary or any other health related factor that was not picked out in the effect studies. Why is this interesting?

Simply knowing that a medicine can affect or interact with a particular biological mechanism is itself a valuable piece of causal information. When developing a medicine, one might have a good mechanistic understanding of how it works, at least under normal circumstances or in those who are included in the clinical studies. But once a drug is made available on the market and distributed more widely, including to patients whose circumstances are not normal, one can learn something new about what other effect the medicine can produce when interacting with a specific patient context. That a patient context, or the effect, is rare or unique, simply means that this is information that would be missed in more traditional studies.

Pharmacovigilance should not only serve regulatory bodies and decision makers. It should also be in close alliance with the rest of medical research

How exactly can instances of causal failure in the post-marketing drug monitoring phase ultimately result in valuable causal insights – not only about drug mechanisms – but about biomedical processes? For this, it is necessary that the insights from pharmacovigilance feed back to basic biological and biomedical research, generating new scientific knowledge. In other words, pharmacovigilance should not only serve regulatory bodies and decision makers. It should also be in close alliance with the rest of medical research.

One example of such an alliance is the famous case that revealed the importance of pharmacovigilance, the thalidomide disaster. This case demonstrates clearly how the clinical monitoring of medicines advances our basic medical understanding. Before thalidomide was shown to be capable of interfering with normal foetal development, the mechanisms by which the drug could pass the placental barrier were not accounted for or even considered.

Although one might think that basic researchers only benefit from experimental isolation, there have been efforts to start basic investigations from real-world complexity. For instance, Campillos and colleagues in 2008 collected data from the post-marketing monitoring of marketed drugs, grouped drugs according to similarity in their spectra of undesired effects, and used the information to learn more about the mechanism by which drugs interact with human molecules. The authors emphasised that their hypotheses could be formulated only by observing the complexity of interactions between drugs and the human body, that is, outside experimental isolation. Their approach, they suggested, hinted at “new uses of marketed drugs”.

Occasionally, evidence from drug safety studies catches the interest of basic researchers. When this happens, this is not by virtue of the statistical strength and robustness of the observation, but rather because of a somehow interesting deviation from the norm. An example could be zolpidem, a GABAergic hypnotic used to treat insomnia, which had gathered anecdotal reports of people experiencing sleepwalking, sleep-cooking, sleep-eating, and sleep-driving while using it. Some patients suddenly recovered after stroke, regained mobility after brain injury or improved from post-traumatic states shortly after taking the drug. This evidence might have little regulatory value, since the episodes were so rare. Yet, it was picked up by brain researchers and led to the hypothesis that the brain might have some redundant patterns of self-recovery, which zolpidem could unmask.

In view of these reflections, we suggest that the time is ripe to systematise the alliance between pharmacovigilance experts and basic scientists. The question then becomes: who should take the initiative and responsibility for promoting such an alliance? Should this be left to single researchers, or should it be an institutional initiative? Let the debate start!

E Rocca, “Bridging the Boundaries between Scientists and Clinicians: Mechanistic Hypotheses and Patient Stories in Risk Assessment of Drugs”, Journal of Evaluation in Clinical Practice, 2016.

The CauseHealth: Risk and Safety core research team consists of Ralph Edwards, Marie Lindquist, Rani Lill Anjum and Elena Rocca. The project is a research collaboration between UMC and the Centre for Applied Philosophy of Science at the Norwegian University of Life Sciences (NMBU).

With multiple medicine use on the rise, a UK study has set out to gather evidence for safer practices to get patients off the drugs they no longer need.

Drug Safety Matters dives into the fascinating field of pharmacogenomics and the implications it has for tailored treatments and safer prescribing practices.