ESTABLISHING THAT A DRUG caused a reported side effect is difficult and challenging. Longitudinal observational health data is integral to building the case for causality, but what if it could also strengthen preliminary signal assessment? Could highlighting confounding by underlying disease or concomitant medications in the longitudinal data shed new light on possible causal association, for example?

UMC researchers put this to the test in a signal study-a-thon recently to see if it could boost the use case for pharmacovigilance within the European Health Data & Evidence Network (EHDEN), an IMI project funded by the European Commission and the European Federation of Pharmaceutical Industries and Associations. EHDEN was created to spur research collaborations on the back of open data access to more than 500 million anonymous patient health records.

UMC HAS ENGAGED IN and published research related to the use of longitudinal data in pharmacovigilance since around 2004 – first through a pilot project with IMS Health (now IQVIA), then the European IMI PROTECT (2009-2015) project and the Observational Medical Outcomes Partnership (from around 2010-2013) in the US. The focus in those early days was on using electronic health records for signal detection. However, the IMI paper also considered signal assessment (as do these papers).

Chief Science Officer Niklas Norén says one of the earlier findings was that national databases were often not sufficient to support the global pharmacovigilance use case because drugs may not be on that market, or there were not enough patients taking the drug of interest, or the adverse event was not reliably captured in that data set.

“We joined EHDEN because we were specifically interested in evaluating the pharmacovigilance use case and what value access to a network of European databases would bring,” he says. “We chose to focus on preliminary signal assessment, which is in a slightly different niche than most of our earlier research. Ultimately, if we succeed, we will have better signal detection and assessment, where some questions left unanswered today can be addressed through timely analyses of complementary databases and some signals closed today can be assessed using longitudinal patient records. Hopefully informing therapeutic decisions by doctors and patients.” 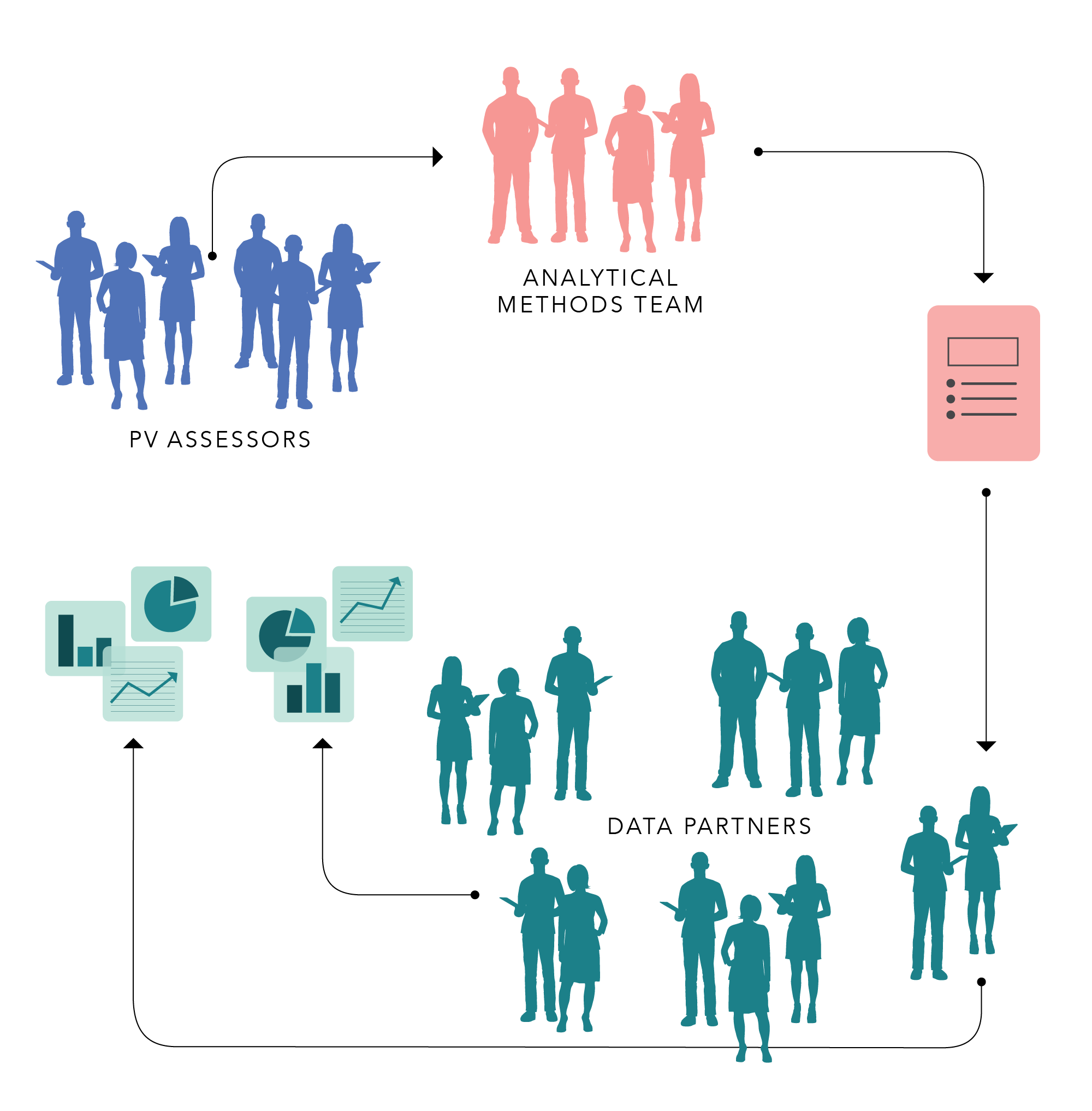 Two PV assessment teams screened signals in VigiBase, consulting regulatory information and scientific literature. Questions on specific drug-outcome pairs were relayed to a team with expertise in analytical methods and tools to develop scripts for analysis. The scripts were then given to data partners who carried out the analyses and shared the results with the PV assessors. Illustration: Mårten Leo/UMC

IN ITS ROLE AS the WHO Collaborating Centre for International Drug Monitoring, UMC regularly screens VigiBase, the world’s largest database of adverse event reports, to identify potential drug safety issues. These short, intense bursts of data mining, so-called signal sprints, are a precursor to more in-depth signal assessment where the “winners” – the top-ranked drug-event combinations based on strength of association, clinical relevance, and novelty – are investigated further by UMC researchers before being put forward for expert review and publication. Published signals are then made available to national regulatory authorities to form the basis for their own evaluations in which clinical trial and longitudinal data are often used to reach a verdict on causality.

This time, though, pharmacoepidemiologists and data custodians from the EHDEN network joined UMC statisticians and PV assessors in Uppsala to comb through electronic health records, hospital, and registry data from Spain, the UK, Finland, Serbia, the Netherlands, and Norway to find out how longitudinal data could strengthen the preliminary signals found in VigiBase. 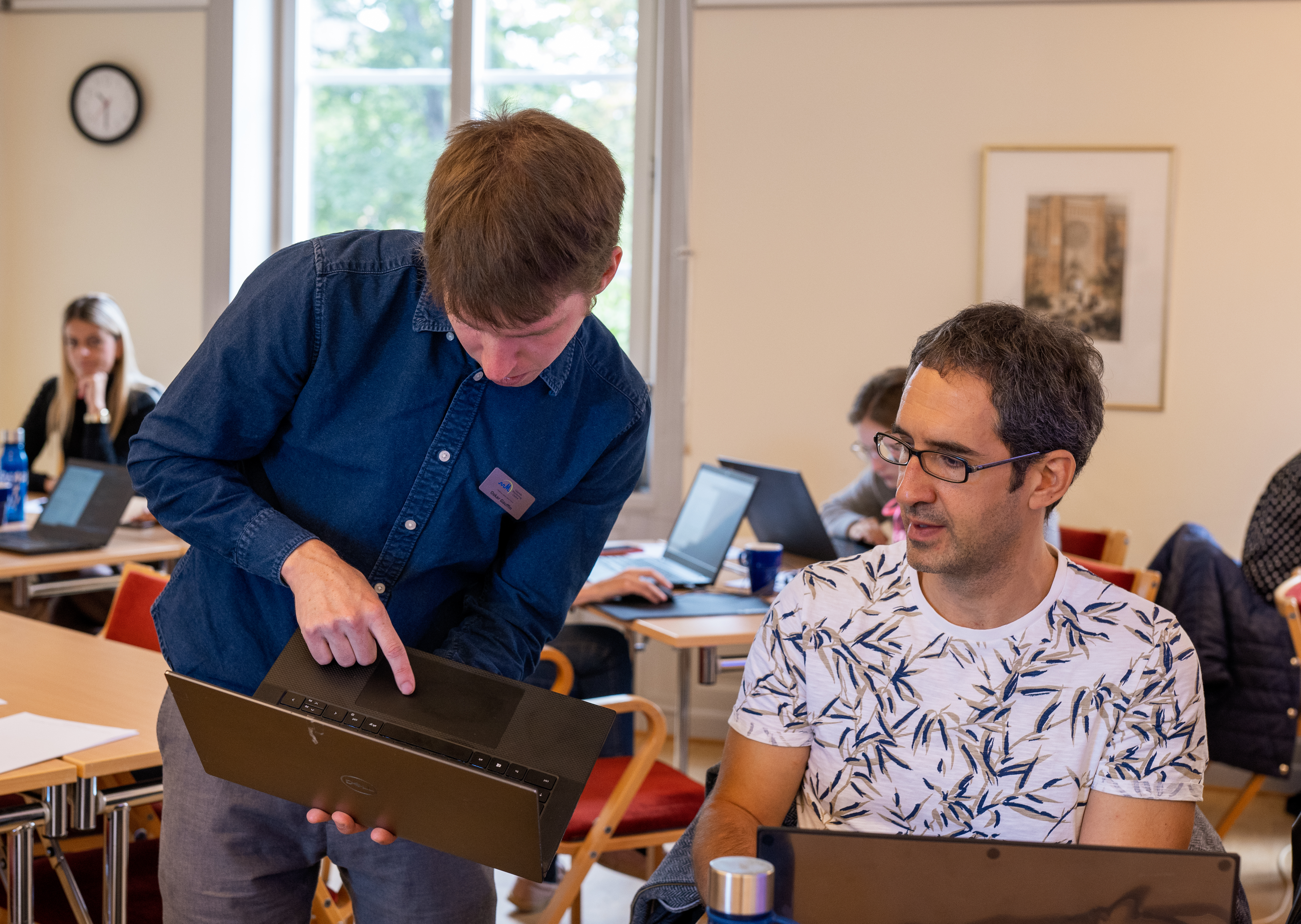 THE SPRINT FOCUSED ON 200 generic drugs and 16 potential outcomes. Of the more than 100 drug-event combinations initially identified in VigiBase, 9 drug-event combinations were pursued in the longitudinal data since the other runners were already known and listed on the product label or lacking in consistency and clinical coherence. These included a range of drugs (steroids, chemotherapy agents, irritable bowel syndrome treatment, and an Alzheimer’s drug) and involved multiple outcomes (acute myocardial infarction, appendicitis, deep vein thrombosis, myo-/pericarditis, and ischemic stroke). Four drug-event combinations were moved on to in-depth signal assessment after being reviewed in the VigiBase and longitudinal data.

Oskar Gauffin, one of the sprint coordinators, says although it is difficult to know just how much stronger the signals are – a follow-up study is planned for later this year – the potential to find better, more relevant signals with less work is clear.

“In a way this was an experiment to see what would happen if you put pharmacovigilance people and pharmacoepi people in the same room instead of doing a PV assessment first and then waiting a year for someone to pick it up and do a study. And, as we saw, there’s a lot that we can learn from each other. I think epi people are really interested in how we work and think when we do a signal assessment. For our part, signal detection in spontaneous reporting databases is one thing. But since we are already using other data sources to strengthen signals, such as pharmacoepi studies for in-depth signal assessment, this is another good step in that direction. The scope here was to see what we could do on the fly, and we now know we can run an analysis in 6 countries in 15 minutes. As one data partner pointed out, ‘No one else in the world can do that.’ ”