#MedSafetyWeek returns for its fifth year, spreading the word to healthcare professionals and patients alike on the importance of reporting suspected side effects of medicines.

From 2–8 November 2020, Uppsala Monitoring Centre (UMC) will join forces with medicines regulators around the globe in the annual #MedSafetyWeek social media campaign to encourage reporting of side effects from medicines. The theme this year is every report counts ­– because they might help others in future. Patients and carers, as well as healthcare professionals and their organisations, will be encouraged to report suspected side effects from medicines and are advised not to wait for someone else to report their suspicions.

“Educating patients and increasing awareness of side effects is an essential component of medicines safety monitoring,” said Valerie Wee, Regulatory Consultant at the Health Sciences Authority of Singapore and one of the organisers of #MedSafetyWeek 2020.

“We hope that through the collective efforts of this international campaign, national regulators and fellow medicines safety experts worldwide will be able to reach out to patients and empower them to report suspected side effects. Every report counts because every report helps to ensure that medicines remain safe for use.” 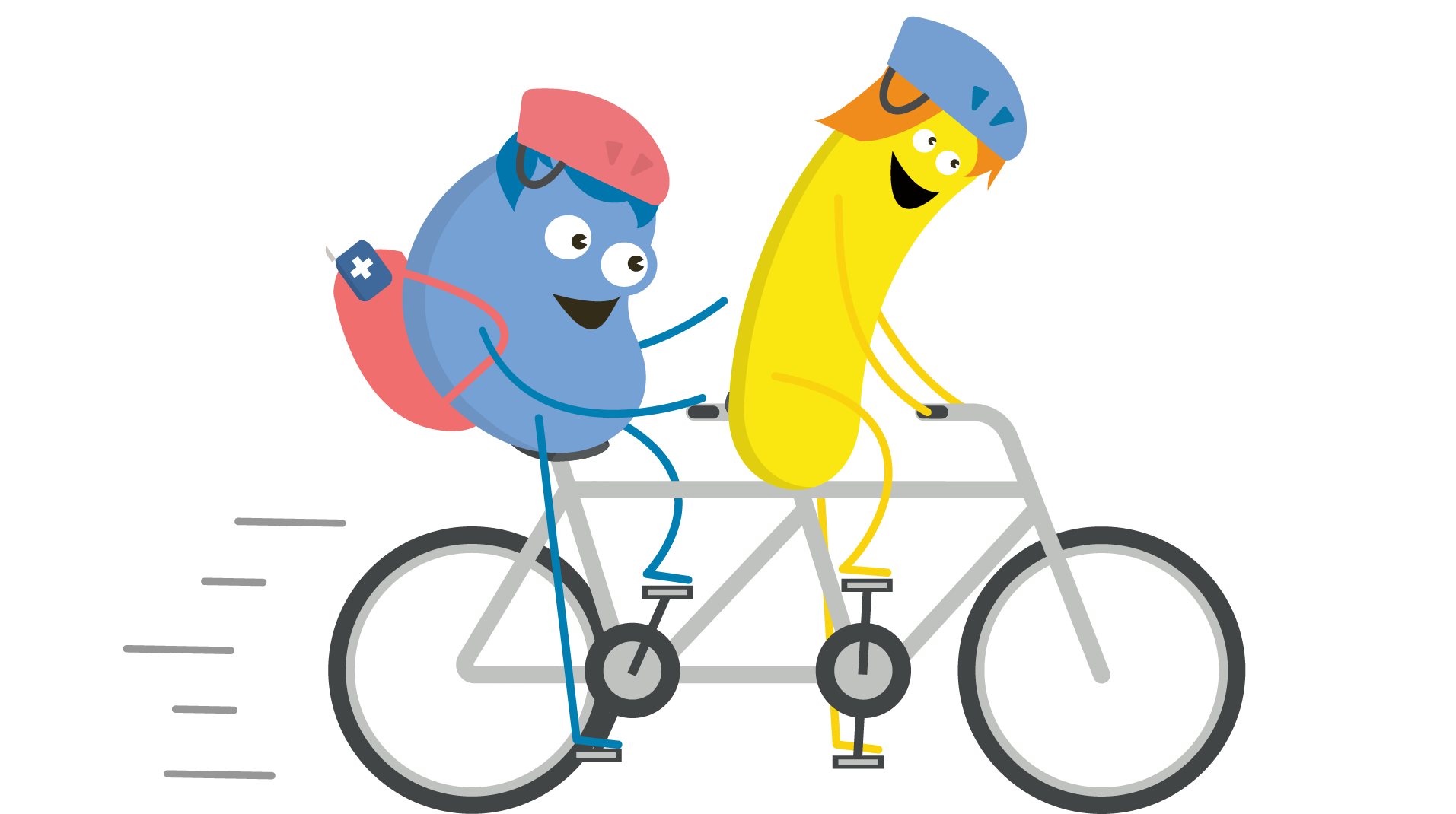 In most cases, medicines are safe and effective, but side effects – also known as adverse drug reactions – can happen. It’s hard to predict who will experience a side effect, but it is essential that any potential risks, including those related to how a medicine is used, are understood and communicated. By analysing reported side effects, medicines regulators can identify new or unexpected safety problems and gain more information about known effects.

Unfortunately, all reporting systems suffer from under reporting and this is why the campaign is important – to both raise awareness and help strengthen the system. And there is no better time to do so than now. The COVID-19 pandemic has been accompanied by a drop in reporting, and as new therapies and vaccines will be deployed to treat and prevent SARS-CoV-2 infections, it is important that we stay vigilant. By promoting a basic platform of awareness among the public and increasing knowledge about the importance of reporting side effects, we lay the groundwork for future safety monitoring of any COVID-19 treatments or vaccines.

In recent years, UMC, the World Health Organization (WHO), and other partners have worked together to improve reporting. One promising strategy used has been the development of an easy-to-use mobile reporting tool, the Med Safety App. The app allows healthcare professionals and patients to report suspected side effects directly to their national regulator. Nine countries have rolled out localised versions of the Med Safety App so far (Armenia, Botswana, Burkina Faso, Ethiopia, Ghana, Ivory Coast, Uganda, Zambia, and Democratic Republic of the Congo) and WHO plans more releases once a COVID-19 vaccine becomes available. 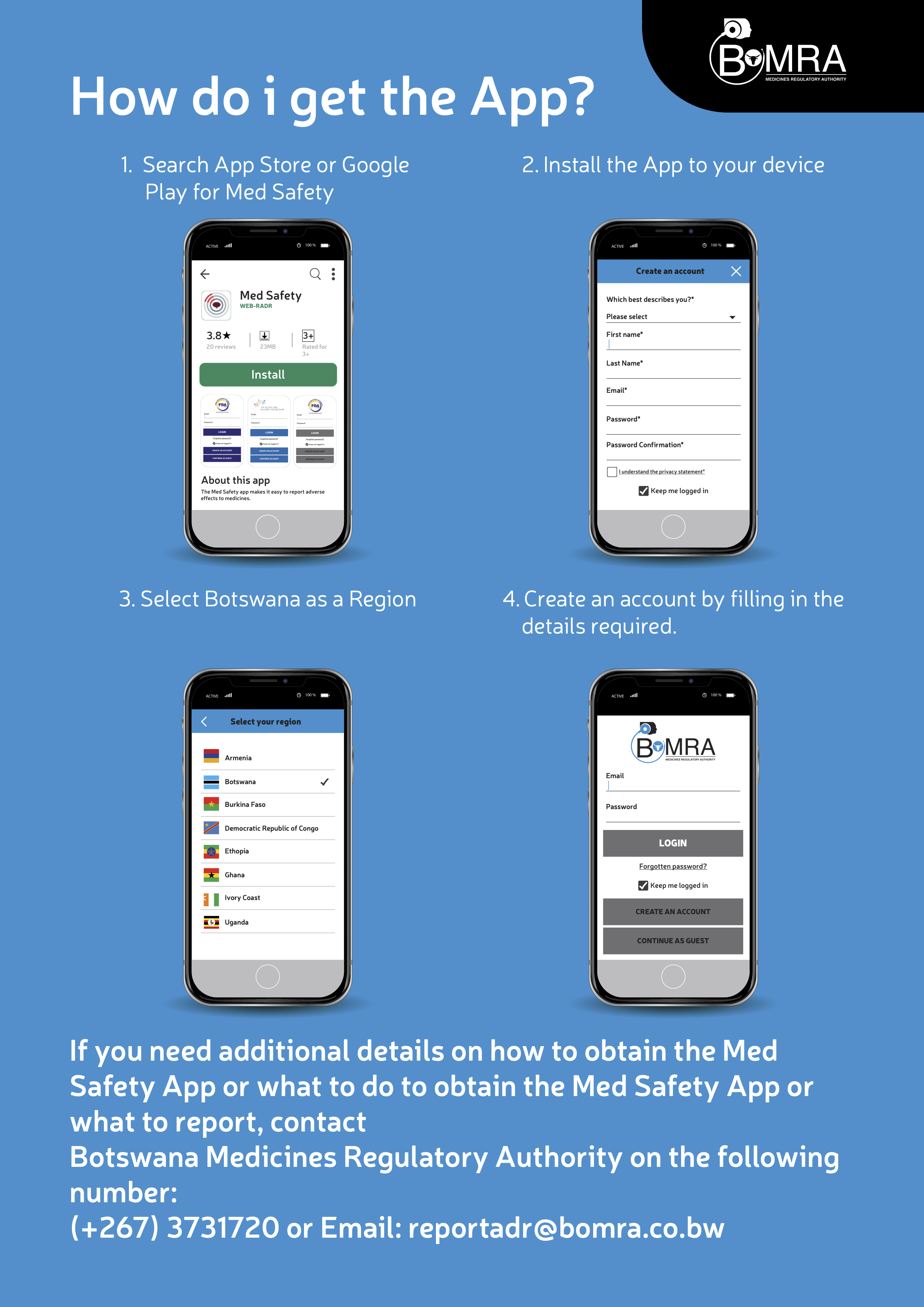 The Med Safety App in Botswana 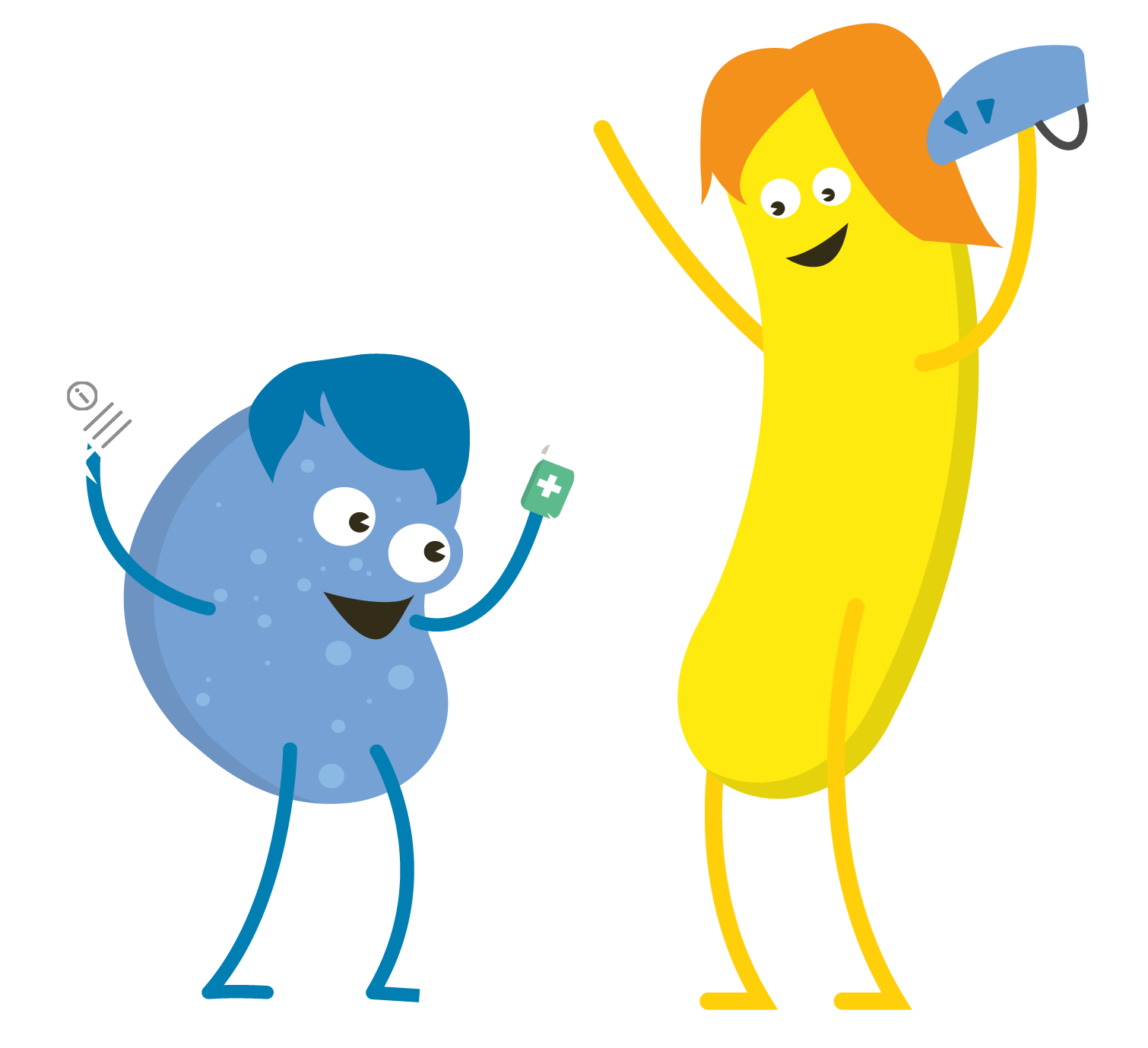 The #MedSafetyWeek blobs celebrate a fifth year of spreading awareness

“Many people experience some form of reaction to medicines, but often cannot be bothered to go back to the hospital and report it,” said Samuel Otoo, brand and online lead at the Ghana Food and Drugs Authority, and a member of the #MedSafetyWeek 2020 planning team.

“But with a mobile app and the right awareness campaigns, it will be easier for them to report. An empowered and informed patient will always strive to make the right choices.”

This year, national medicines regulators in 75 countries will be taking part in #MedSafetyWeek. But the campaign hasn’t always had such a global character. When the project first began in 2016, as part of the Strengthening Collaboration for Operating Pharmacovigilance in Europe (SCOPE) Joint Action project led by the UK’s Medicines and Healthcare products Regulatory Agency (MHRA), it only involved a handful of countries in the European Union.

“When we initiated the project, only five medicines regulators in the EU used social media to promote reporting of suspected side effects,” said Mitul Jadeja, pharmacovigilance special projects manager at MHRA, who has helped plan all five campaigns since 2016.

“We needed a cultural shift to communicate and raise awareness about medicines safety, and for national regulatory authorities to move with the times. By establishing an annual awareness week, that number grew and now medicines regulators from more than 70 countries are working with us in a united way.”

So, what does the future hold?

“With UMC’s network and support, we’ve been able to reach millions of people globally over the years and I hope we won’t stop here,” said Mr Jadeja.

“I hope that #MedSafetyWeek will continue to improve awareness worldwide around safe use of medicines and patient safety – which is at the heart of what we do.”

#MedSafetyWeek is coordinated by UMC and supported by members of the Heads of Medicines Agencies (HMA) and the International Coalition of Medicines Regulatory Authorities (ICMRA).

In addition to national medicines regulators, #MedSafetyWeek is supported by a range of other healthcare organisations – from the World Health Organization (WHO) to the International Society of Pharmacovigilance and tEuropean Commission’s Directorate General for Health and Food Safety.

Participating organisations will receive tailored versions of campaign materials, with text in their local language and logos of choice. This year, materials will be available in 45 languages, including five UN languages: Arabic, English, French, Russian, and Spanish.

If you, too, want to take part in the global conversation on side effects of medicines this #MedSafetyWeek, you can download free materials from the campaign website and share them on your personal or professional social media channels. You can also help by encouraging healthcare centres, patient organisations, and medical or pharmaceutical associations in your country to share the materials. And don’t forget to use the #MedSafetyWeek hashtag!

Risks are not just numbers, but feelings. So how do you communicate risks accurately in a way that patients can interpret them? You give them facts, context, and trust.

Sten Olsson’s achievements at UMC and in pharmacovigilance internationally remembered.

By putting the patient front and centre, UMC is helping countries in the WHO Programme for International Drug Monitoring to promote the safer use of medicines globally.